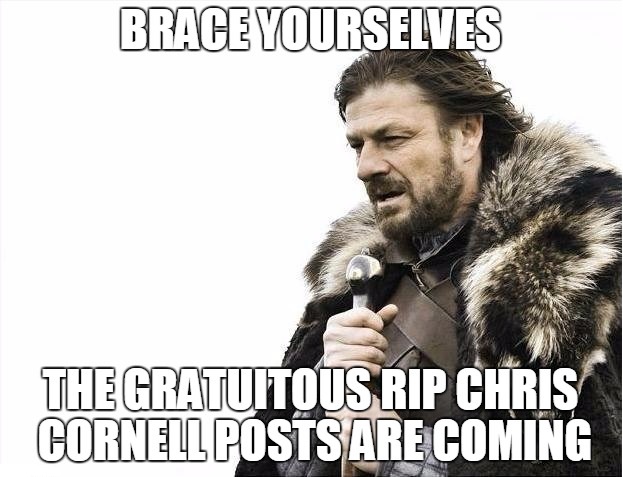 This is the one time I won’t write an article about metal on this site. Cherish it.

In a mass display of (what I like to refer to as) “the Amy Winehouse Effect”, the internet is collectively pretending they were huge fans of the life and career of Soundgarden/Audioslave front-man Chris Cornell.

And with such deep, thought-provoking songs as “Spoonman”, which I assume is about a man who uses spoons as a musical instrument, how could you not like them?

I’m guessing the number of people who called their favorite radio station and requested their favorite song featuring the late front-man yesterday (while he was still alive) numbers in the high 10’s. Nay, the low 20’s.

Not that this stopped every goddamn clear-channel radio station from playing the same fucking 4 songs featuring this guy 20-some-odd times per day.

And that was while he was alive.

In fact, the only people not pretending their mourning the loss of this singer are the DJ’s for the aforementioned rock stations (who tout their “modern rock” format while never seemingly to play anything written after 2005). That guy is indirectly responsible for approximately 20% of their fucking paychecks over the past 20 years (assuming they get paid to play his songs, which they did/do), so I can see them genuinely being a bit sad.

To these DJ’s I say, “Don’t worry guys, you’re already overplaying his music. You don’t have to change a fucking thing.”

Seriously though, if everyone was as big of a Chris Cornell fan as they’re pretending to be today – his solo album wouldn’t have fucking flopped. 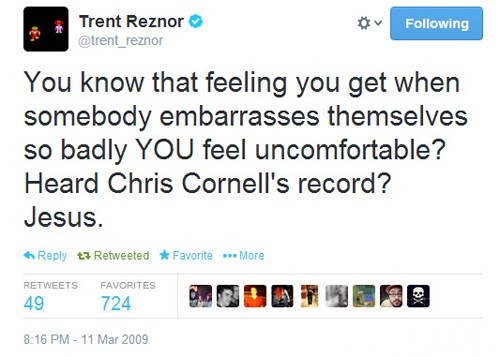 On the bright side, people who were bashing Cornell in 2008 are free to pretend they liked him and are going to miss him. 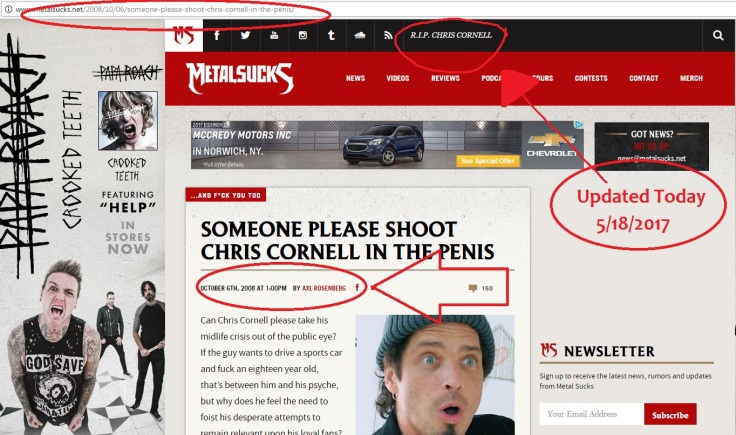 Perhaps I have an over-inflated sense of dislike for this man’s career.

He wasn’t that talented – he surrounded himself with talented people and made a career out of that and his charisma.

And if you were a real fan of his, you shouldn’t be that surprised he committed suicide. For fucks sake, he’s been singing about depression for like 30 years.

I take no joy in his passing – anytime a human being takes their own life, it’s a sad event. Cornell’s death is no different.

Equally as sad, however, is the strange cult-like movement of people who then immortalize said person, because in so doing they turn that person into something they weren’t before.

Cornell was a flawed human being, born with a slightly better than average set of pipes. The stars aligned for him and he happened to write song lyrics about being depressed at exactly the right time in history.

This combined with the aforementioned tendency to surround himself with talent turned him into a shooting star in the musical landscape.