Does Hating on “Metal Elitists” Make You a Hypocrite? 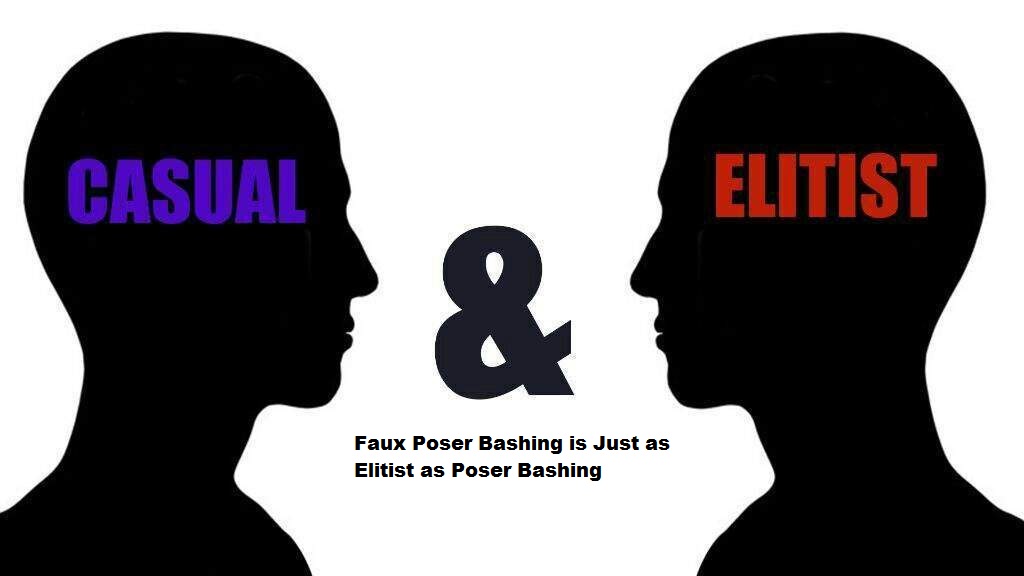 The global metal community is a strange thing. Seeing a global “bricolage” culture come together in a single shared subcultural space is, to say the least, interesting.

In my opinion, one of the most interesting aspects of the online metal community is watching the divide between two opposing factions (that exactly mirror the divide I laid out in a previous article entitled “The Two Faces of Metal“) – mainstream v.s. underground. Essentially, both sides have the same argument – it’s “us” versus a vague/undefined “them”.

Before the internet, it was “real” metal fans v.s. posers (Thrash v.s. Hair Metal, etc). The modern incarnation of the argument pits “elitists” versus a vaguely defined “the rest of us”. 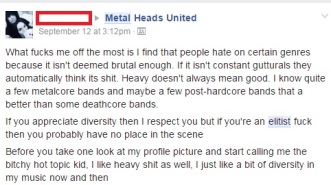 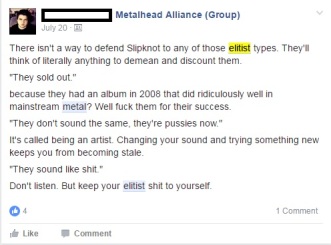 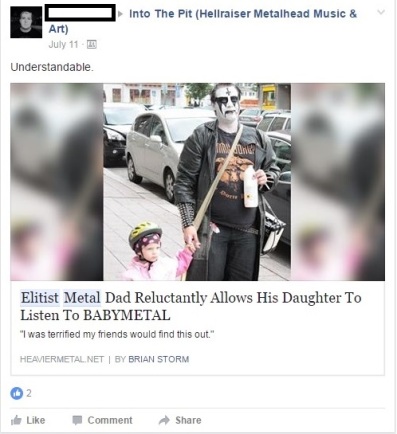 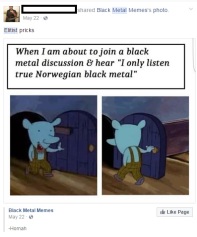 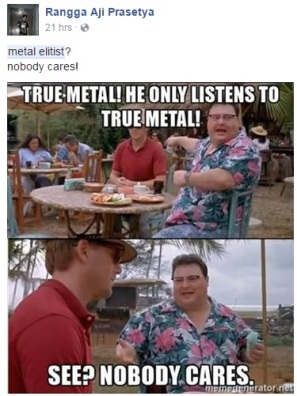 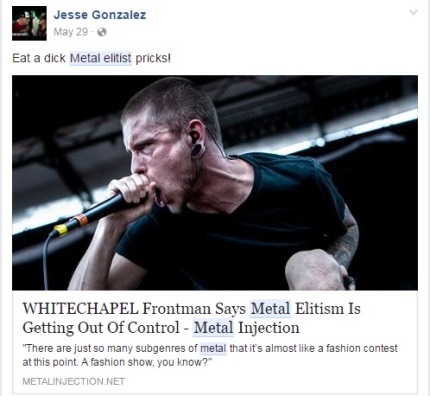 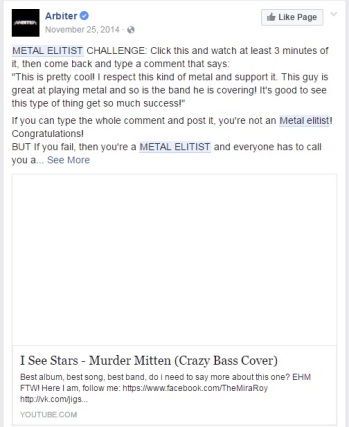 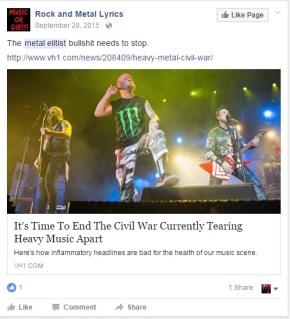 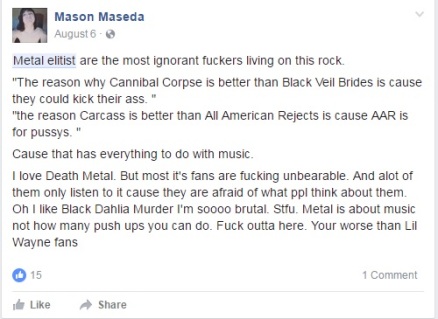 The main problem I have with this incarnation of the old “true metalhead” argument is that “metal elitist” is so loosely defined. Arguing about music is kind of ingrained into metal culture – and there’s nothing wrong with that. If everyone agreed and liked the same things, we wouldn’t have the incredible amount of diversity in the genre.

But nowadays “metal elitist” can be defined as anyone who disagrees with your personal opinion or taste in music. I would argue that’s a bad thing.

Example 1: Bring me the Horizon performed at an awards show, and made a point of stepping on the table of a rock band (Coldplay, I believe). 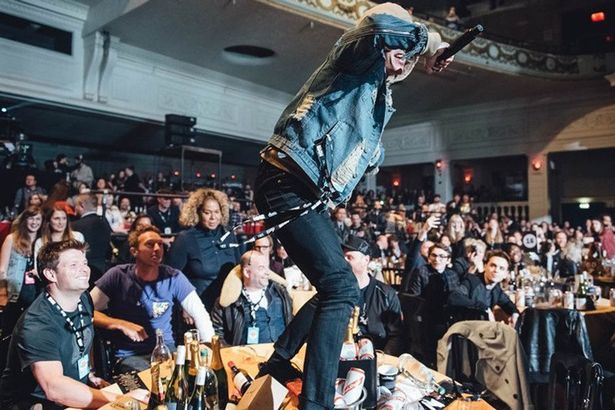 Totally fucking lame. But if I say something about how fucking stupid it was, I’m labeled an elitist.

Example 2: I made the mistake of telling someone that Lynyrd Skynyrd aren’t metal (which they aren’t). Instant butthurt shitstorm. “I hate metal elitists, how dare you tell me Skynyrd isn’t metal! Free Bird is my favorite metal song!” Puke.

Example 3: This one was a social experiment in one of the facebook groups I participate in. The rules of the group expressly forbid name calling or bashing of members. So I took the position that all “core” genres are not metal, as they all share a common ancestry in punk. I was civil, and simply stated that in song structure and culture deathcore and metalcore have more in common with punk than they do with metal. Instant shit-storm. I expected the immature name-calling and the elitist label, what I didn’t expect was that a moderator would follow the entire conversation, ignore the fact that I was getting trashed for engaging in civil discussion, and delete any of my comments he disliked as the conversation unfolded.

The guy never really figured out that I agreed with him the entire time, and that I was mildly trolling to prove a point. Even after I told him. Multiple times. 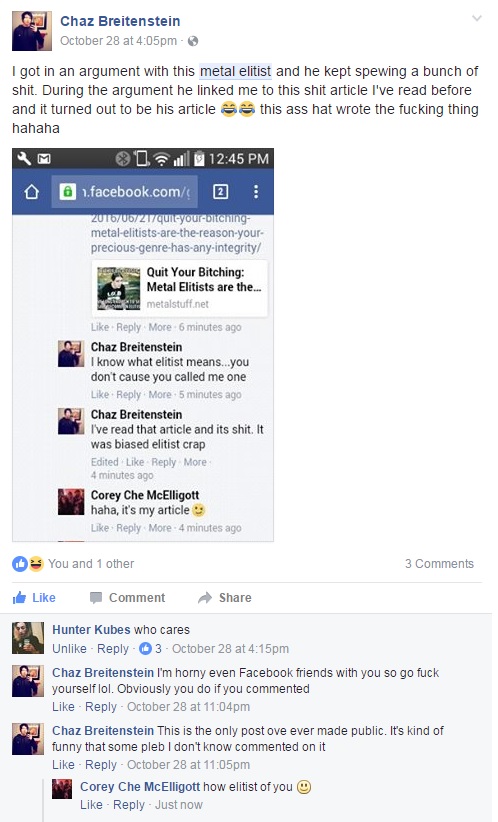 The list goes on. My point is that hating on metal elitists makes you a metal elitist. Literally, when you label someone as an elitist – you’re suddenly granted the ability to shit on a person who disagrees with you with zero social repercussion. And instead of participating in the culture by discussing a tangible, relevant aspect you’re participating in a PC pseudo witch-hunt.

Let’s take a second to illustrate the concept.

The difference, essentially, is that in the first example the author is conjuring the “invisible boogieman” in an act we commonly call “virtue signaling”. He’s taking a popular stance in part of the metal community and posting it for social recognition. The social purpose of an act like this is pretty obvious – you’re garnering social support from your peers. He’s perfectly capable of hating on “metal elitists” without posting about it, he just wants people to see him as an elitist hater. Other examples of virtue signaling include phrases such as, “RIP Dimebag”, “Metal Will Never Die”, “Fuck the Mainstream”, etc.

The act itself is meant to garner what is referred to as “mundane sub-cultural capital”. In this case, that capital takes the form of credibility. The next time he makes a post about metal, people who also hate this shapeless entity known as a “metal elitist” are more likely to take him seriously.

“Oh, the Irony” or “The Rise of Faux Poser Bashing”

I’m going to go out on a limb and say that 90% of people who bash metal elitism got butthurt when someone insulted their taste in metal. Which is a totally legitimate gripe, that shit fucking sucks.

I’ll take that assumption one further – the insult to their metal taste was centered around what are commonly referred to as “gateway bands”. I’m not going to go into detail on the definition of “gateway metal bands” here, if you’re not sure what I’m referring to please read this.

At this point you might be asking yourself things like, “Could there be an entity (or group) that is adding “gateway elitism” to the gateway metal fanbase? Is said entity perpetuating this divide? Why would they do that? Who could benefit from splitting a community in two?”

I could tell you, but first I’d like to show you. 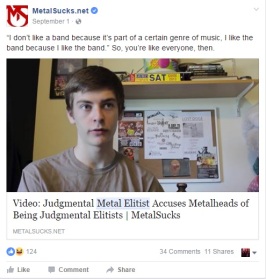 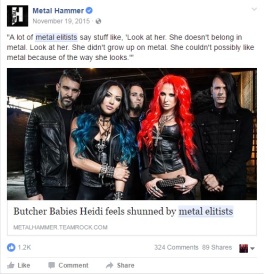 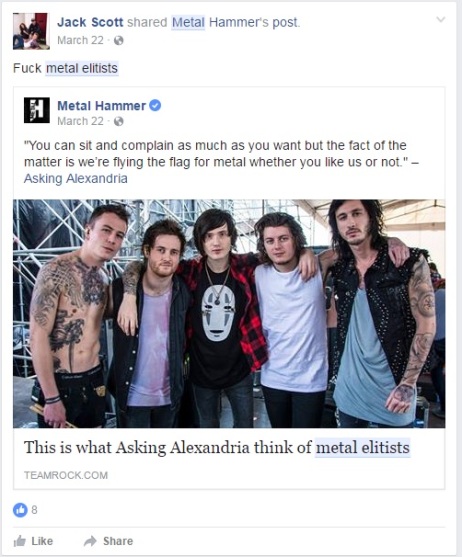 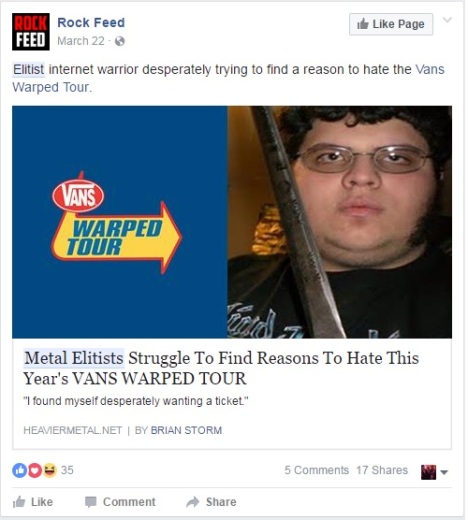 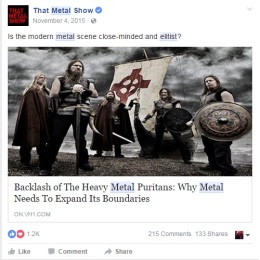 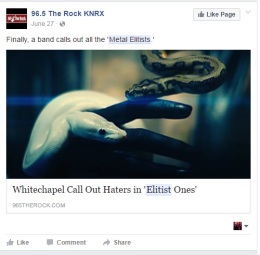 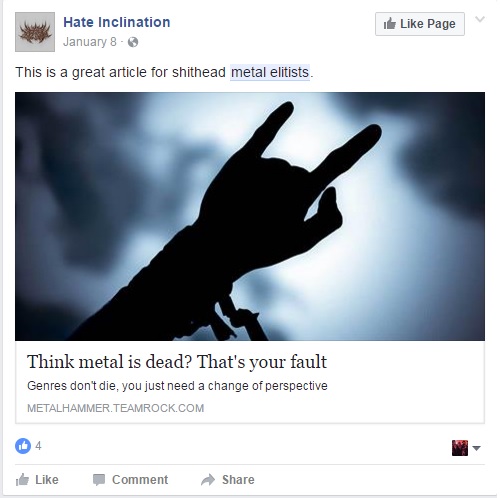 Metalsucks, Metal Hammer, Rock Feed, Loudwire, Metal Injection, Blabbermouth, Metal Insider – literally the entire “mainstream” for metal news on the internet has their hands in this. I know this seems counter intuitive at first glance – why would they try to divide a culture they supposedly represent?

The answer, of course, is money. Controversy sells. They get web traffic, sponsors pay them.

The irony is that they speak out of both sides of their mouths. Don’t believe me?

Exhibit 1: What would be considered an “elitist” stance/article 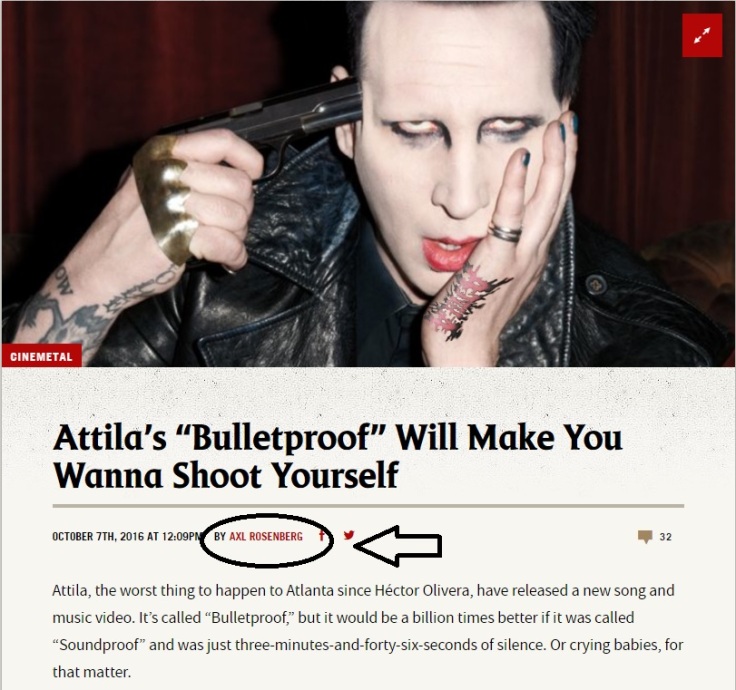 Exhibit 2: Same Author takes a stance against his own writing style.

The point (and the inherent irony) here is that most of the people who speak against “metal elitism” are, in fact, metal elitists. All they’re doing is adding training wheels to the “elitist train” to teach up-and-coming metalheads how to discriminate, while profiting off both sides.

In terms of a cultural pendulum – it’s safe to say we’ve seen a complete shift from “poser bashing” to “fuax poser bashing”.

You might be saying to yourself, “But Grulog – this doesn’t point to conspiracy. They’d have to be working in tandem for something like that.”

To which I would respond, “Add all of these sites on Facebook. Then wait for one of them to publish an article. Within 3 hours, all of the rest of these sites will publish the exact same fucking article, expressing the same opinion, with slightly different wording. Without fail. If that’s not working in tandem, I’m not sure what is. 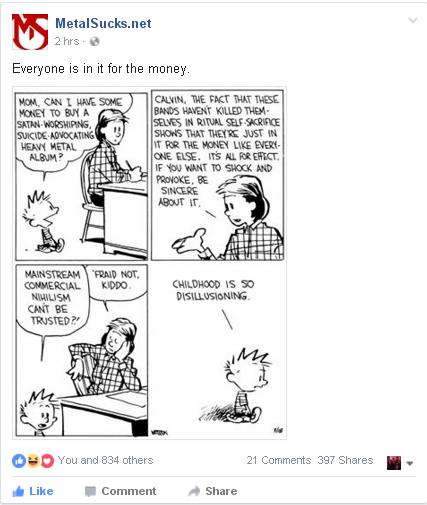 I’m not saying don’t read these sites – they have a lot of good news, and they’re pretty reliable. I, personally, subscribe to all of them. I’m saying don’t take their critiques of metal culture too seriously, because they only reflect a small slice of the pie. And they’re the first to admit they’re biased.

A lot of these writers are part of the “Hipster Media”, which branches out to less popular sites/blogs as well. If you’re having trouble pinpointing where the metalheads end and the hipsters begin, I have a handy list to show you what to look for.

– Hipsters always make a point of “proving” they aren’t hipsters.
– Hipsters are obsessed with Blackgaze and eliminating metal elitists
– The first rule of Hipster club is that Hipster club doesn’t exist. (if you say otherwise you’re just an elitist)
– They use the terms “Indie Metal” and “Indie Metal Fans” to describe themselves
– Oftentimes they can be found heavily criticizing an aspect of metal culture they know little to nothing about.

So…What Does All This Mean?

Essentially, what I’m saying with this piece is that by jumping on the “elitist hater” bandwagon all you’re doing is participating in mindless group think from people who want to pretend metalheads are hippies. 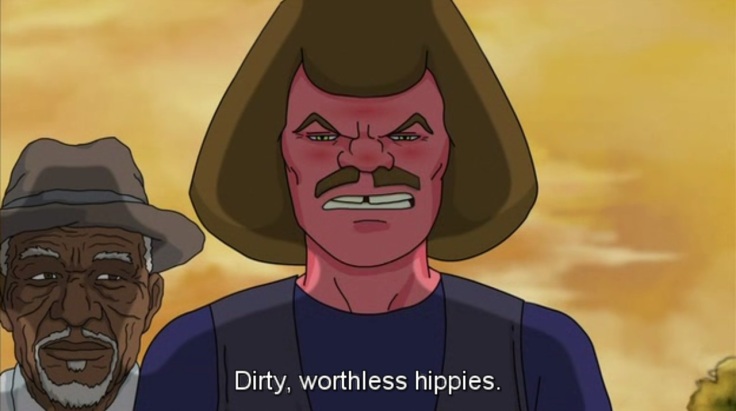 The problem is, we’re not hippies. Hippy culture lacked what is commonly referred to as “defense against entryism” – and they were infiltrated by some undesirables who ended up killing off the movement and the culture (cough Charles Manson cough). This also happened to punk and rap culture.

Poser bashing served a cultural purpose by preventing entry to outside sources which could affect the culture negatively. Hating on elitists, however, serves exactly the opposite purpose. It encourages any Joe Schmoe to join ranks and get a metalhead participation trophy. But you know the thing about clubs anyone can join? They all fucking suck.

So, if you have a problem with aspects of metal culture, maybe it’s time to stop asking metalheads to change and take a good look inward. Do you really like metal culture? Or should you label yourself as a metal fan (like most people), and not partake in metal culture? 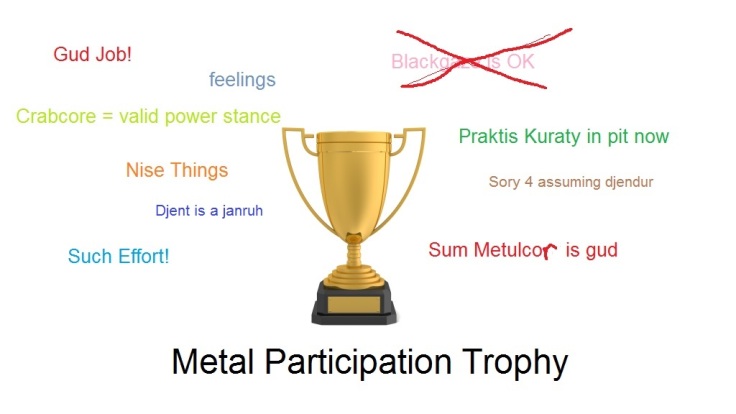 Virtue Signaling – Expressing/promoting a viewpoint or stance that is valued within a social group for the express purpose of elevating social status within that group. Generally implies Moral Authority. Interchangeable with “Moral Posturing”.

5 thoughts on “Does Hating on “Metal Elitists” Make You a Hypocrite?”