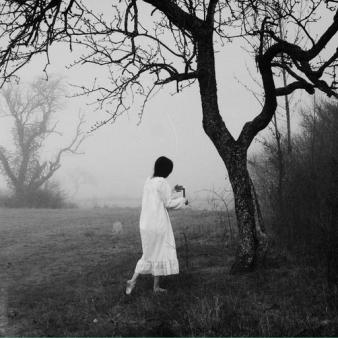 Author: Ricky Danger
Recently, I got the chance to do something I’d never done in all my time writing about music: interview a band. It’d been something I could have done (in theory) for a fair chunk of time – but there was always some reason I could never bring myself to hit up their PR; usually I was either too busy or too nervous or too both of those things.

I finally got around to it, and frankly I’m pretty damn glad I did. I got to interview Eggs of Gomorrh, the absolutely savage and ravaging war metal band about everything from the cultural implications of war metal to their latest album (which I included as a sort of double-feature to go alongside the interview). All that being said, let’s get on with the show. 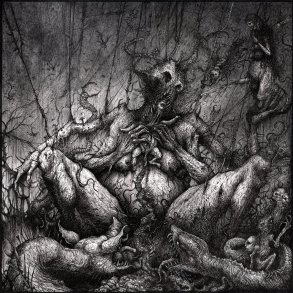 It’s not easy being a war metal band.

In addition to all of the regular difficulties that seem to exist for everyone in the world of underground music, playing bestial black metal seems to come with its own additional challenge: how do you make it interesting? Although there are some obvious exceptions to the rule within the genre (Blasphemy, Damaar, Revenge, Conqueror, etc) It seems to me as if bestial black metal is very quick to fall down the rabbit hole of mediocre, “2 br00tal 4 u” music that exists somewhere in the negative zone between amusing self-satire and uninteresting jargon.

I eventually reached a point when I was so tired of listening to all the Blasphemy wannabes of the world who named their albums shit like “Raping an Angel for his Satanic Majesty” that I became a sort of disgruntled old man (in regards to the genre); curling up into the depressing little metaphorical cave I’d carved myself from those aforementioned bands. Thankfully though, my cynicism about the genre was soon to be melted almost as meltily as that nazi’s face at the end of Raiders of the Lost Arc.

I was minding my own business and digging through some charts on RateYourMusic when I came across Eggs of Gomorrh’s prior release, Rot Prophet. Although it had the war metal tag, it was rated highly enough that I decided I may as well give it a spin. And goddamn was I glad that I did. I was instantly blown away by the fact that a modern band could be producing such fresh and genuinely interesting war metal, and I became a pretty devoted follower of their material from that point on.

That brings us to the actual topic of this review, the Swiss war metal bands latest EP, Outpregnate. From the top of the very first track, this new EP instantly struck me as being a yet another fresh take on the bestial black metal genre from the band. Although it maintained all the aspects that make some of the best war metal albums ever just so great (rawness, brutality, and a relentlessly pummeling sound) it seemed to also bring in a sound that can only be described as cavernous, and gloomy. In a way, this feels like the war metal equivalent to bands like Incantation.

Still though, through the thick and gloomy fog that seems to linger around the release, you can still undeniably make out the bands quality that I think endeared them to a lot of us in the first place- their musical attitude of “you know what, fuck this. We can take bestial black metal to a whole new extreme without just playing recycled Blasphemy riffs over and over again.” And frankly, if that attitude were to spread all around the various subgenres of metal, I can’t say that wouldn’t do a hell of a lot of good.

7/10
But wait! There’s more! Keep reading if you’d like to see my Metalstuff.net exclusive interview with the band.